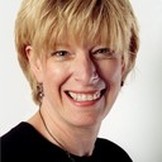 Lisa Belkin is the Senior National Correspondent for Yahoo News, covering American social issues. She joined Yahoo in 2014, after nearly two years as the Senior Correspondent at the Huffington Post, where she reported and opined about life, work and family.

Prior to joining HuffPost, she spent nearly 30 years at The New York Times, where she was variously a national correspondent based in Houston. She was also medical reporter, a Contributing Writer forThe New York Times Magazine coining the phrase “the Opt-Out revolution,” where her editors described her beat as “the social conscience of our times,” and the creator of the Life’s Work column and the Motherlode blog where reviewers called her “the next generation’s Anna Quindlen.”

The author of three books – Life’s Work, Confessions of an Unbalanced Mom, Show Me A Hero andFirst, Do No Harm – and the editor of two anthologies, Belkin was also the host of Life’s Work with Lisa Belkin on XM Radio, as well as a regular contributor to Public Radio’s The Takeaway and NBC’s Today Show. 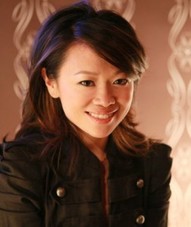 Claudia Chan is the CEO and Founder of S.H.E. Globl Media Inc., the multi-platform women’s
empowerment media company behind the renowned global women’s conference, S.H.E. Summit. As a women’s leadership expert and social entrepreneur, Claudia's life passion is to help women unlock their limitless potential in career and life, because she believes when women do better, the world does better.

After a decade-long entrepreneurial career as president of women’s events company, Shecky’s, Claudia noticed a lack of diverse female role models and empowering messages in the media, and realized this directly hindered how women and girls perceived their own potential in career, life, and self-confidence. As a response, she launched S.H.E. GloblMedia Inc. in 2012, creating digital content, conferences and programs to make mentorship and empowerment accessible to all women.

In just two years, her annual conference, S.H.E. Summit, has become a globally-celebrated women’s leadership and lifestyle event, convening hundreds of today’s change-makers and participation from women and men in over 100 countries. The conference continues to attract partnerships with renowned organizations from UN Foundation, The Wall Street Journal, Deloitte, Merck, Cover Girl, Dermalogica and more. Her website, ClaudiaChan.com is called “the aspirational Facebook for women,” by Forbes and features her personal interviews with over 200 of the world’s most
accomplished women, such as Arianna Huffington and Marlo Thomas, to Sallie Krawcheck and Zainab Salbi. The site acts as a mentorship-on-demand resource for women to search by leadership and self-empowerment topics including entrepreneurship, networking, productivity, self-care, personal finance and more. To date, S.H.E. Globl Media’s content and conferences have reached over 500 million impressions globally. 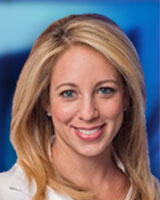 Lauren is an Emmy-award winning journalist who has been a member of the Eyewitness News Team since 2000.

Before coming to WABC TV, she anchored and reported at stations in Akron, Little Rock and Minneapolis.  She actually got her start in journalism as a teenager, reporting for the Main Street Wire, the newspaper on Roosevelt Island, NY.

It was always her dream to cover her hometown of New York City. She is primarily WABC TV's feature and lifestyle reporter.  You can watch her restaurant features, called Neighborhood Eats, most Fridays during Eyewitness News at 5 p.m.  She is also a frequent substitute anchor.

Lauren is a graduate of Northwestern's Medill School of Journalism. She lives in Manhattan. 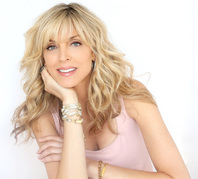 Cohutta, GA native Marla Maples has starred both on stage (Broadway's The Will Rogers Follies) and screen (Happiness, Black and White, Spin City) but has always maintained her deep sense of spirituality and passion for philanthropy. From her album, The Endless, featuring Deepak Chopra, His Holiness the Dalai Lama, & Michael Bernard Beckwith, to her radio talk show, Awakening With Marla, the mom to Tiffany remains committed to supporting a multitude of non-profit organizations and serves on the Advisory Board for AWARE. Whether speaking about unity at the UN or performing on stage at Carnegie Hall, the actress & artist is steadfast in her mission to expand the greater good and add light to the world. 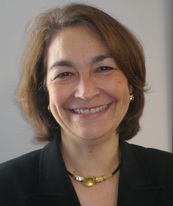 O'Neill's feminist activism began in the 1990s, fighting right-wing extremists in the Deep South, including David Duke. She has served as president of Louisiana NOW and New Orleans NOW and as a member of the National Racial Diversity Committee. She is a past president of Maryland NOW and served on the NOW National Board twice, representing the Mid-South Region (2000-2001) and the Mid-Atlantic Region (2007-2009). O'Neill was NOW's membership vice president from 2001 to 2005, when she oversaw NOW's membership development program as well as finances and government relations.

A former law professor, O'Neill taught at Tulane in New Orleans and at the University of California at Davis, where her courses included feminist legal theory and international women's rights law, in addition to corporate law and legal ethics. She has testified before committees in the Maryland House of Delegates and has written federal amicus briefs on abortion rights for Louisiana NOW, Planned Parenthood and the American Civil Liberties Union.

O'Neill is a skilled political organizer, having worked on such historic campaigns as Hillary Clinton's campaign for the Democratic presidential nomination, Barack Obama's presidential campaign, and the campaign leading to the election of Louisiana's first woman U.S. senator, Mary Landrieu. She also worked to elect women's rights supporters to judgeships and the state legislature in Louisiana, as well as the successful campaign to elect former Maryland NOW president and NOW National Board member Duchy Trachtenberg to the Montgomery County (MD) Council.